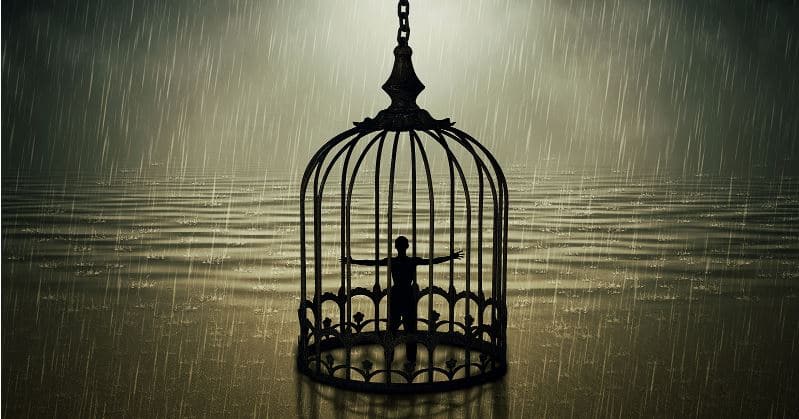 Does this make sense to you? Why do I need to make any effort to move forward spiritually when God sees me as perfectly righteous in Jesus Christ? Since I’m perfect in Christ, why would I struggle to pray, fast, love my neighbor, or give to the poor? This highlights another de-motivating idea (along with “faith alone”) that has entrenched itself into the belief systems of many evangelicals. It goes something like this: Since the Christian is declared and seen by God as perfectly righteous in Christ, it is not necessary to exercise any effort or engage any means to become like Christ. Here is another example of a theological idea interfering with actual spiritual reality.

Here are some common phrases to describe what I’m talking about:

“Imputed righteousness” – Protestant Christian doctrine that a sinner is accounted righteous by God purely by God’s grace through faith in Christ, and thus all depends on Christ’s merit and worthiness, rather that on one’s own merit and worthiness. It is a concept in Christian theology that proposes that the “righteousness of Christ is imputed to believers – that is, treated as if it were theirs through faith.” It is on the basis of this “alien” (i.e. from the outside) righteousness that God accepts humans.

“Positional righteousness” – A Christian is in perfect standing before God in Christ. The believer is just as perfect as Christ in the Father’s sight.

“Positional sanctification” – God declares a Christian to be absolutely holy the moment he/she believes in Jesus Christ. When God looks at a Christian, He sees the righteousness and holiness of Christ.

Nowhere in scripture are Christians actually told to identify themselves as righteous because God sees them that way.  A few scripture passages (Philippians 3.8-9, Romans 5.17, 1 Corinthians 1.30, Ephesians 1.6) are interpreted with this notion in mind. However, this direct teaching is absent from scripture.

Why Is This Popular?

Many cling to this teaching in order to convince themselves that, despite their unrighteous thoughts, behavior, and attitudes, they are actually righteous.

Many cling to this teaching because it seems logical. I am in Christ and He is righteous so that makes me righteous. Yet, Jesus is also love, kindness, peace, humble, wise, patient, gentle, meek, wonder-working, prayerful, and rightfully authoritative. Are you automatically all of those since you’re in Christ? No one speaks of “positional humility” (I am humble because Christ is humble) because we know better. Why then, positional righteousness?

Reasons to believe this verse does NOT support “positional righteousness:”

In other words, if taken at face value, the verse is teaching that because Christ took sin upon himself, humans may become righteous.

Remove a theological agenda and the verse reads:

This is in agreement with Gregory of Nazianzen (329-390) who wrote: “What has not been assumed has not been healed.” Jesus assumed human flesh, soul, and mind so that all that makes us human might be redeemed and healed.

Let us seek to be like Christ, because Christ also became like us: to become gods through him since he himself, through us, became a man. He took the worst upon himself to make us a gift of the best.

Does that reality light a fire of desire in your heart? Does who Jesus is and what He did give you hope and drive to become like Him?

Believing in positional righteousness does not inspire or give hope. But, Jesus does.

Why is this so difficult to grasp? I’ll touch on that in my next post.